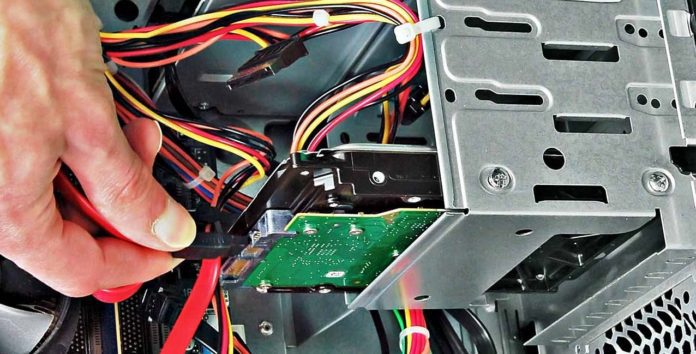 All About SATA Or IDE Cables & How To Replace It

Just like a human being, a computer also comes with a brain which helps in operating the whole computer system known as a motherboard. For the computer to operate properly there are some devices that need to be connected to the motherboard, like a hard drive, solid state drive and of course yes, your optical drives too. 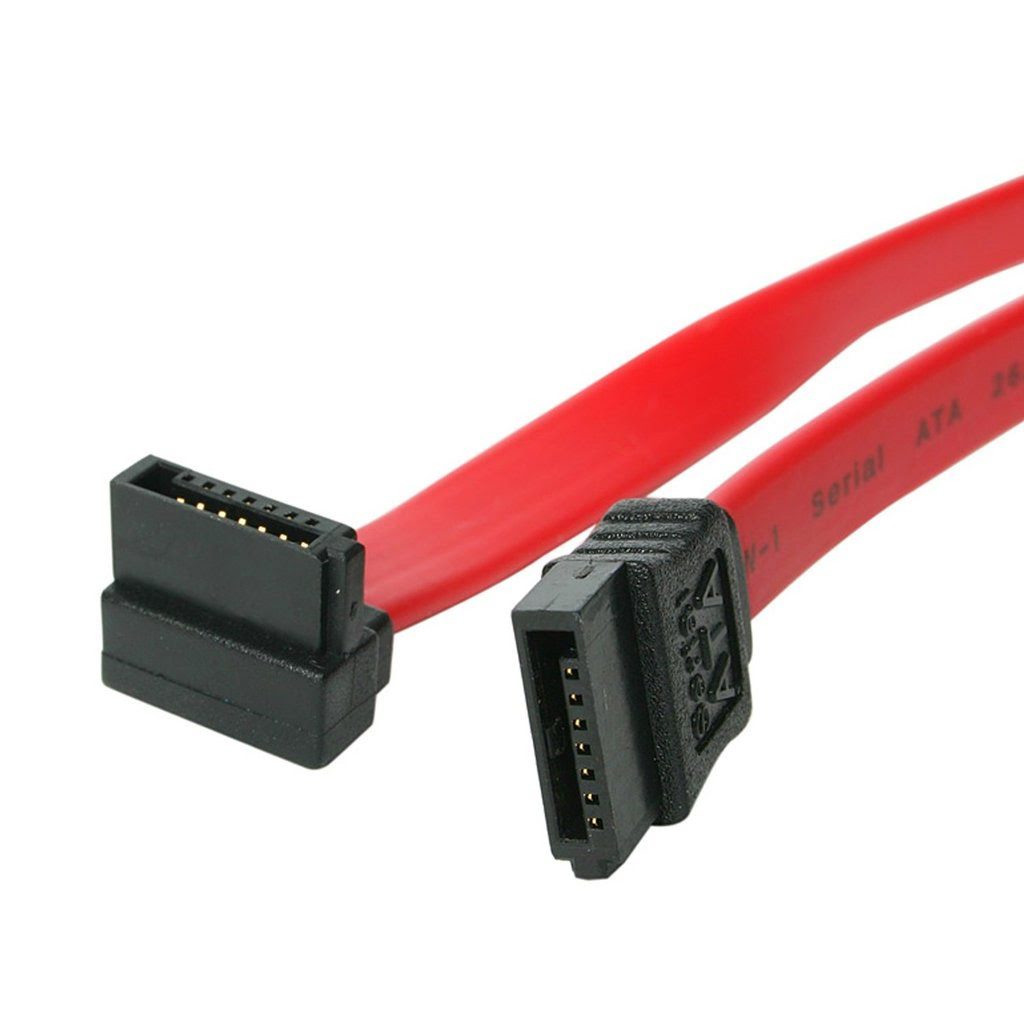 And that’s where Serial Advanced Technology (SATA) comes in;

As it connects such devices to the motherboard. Generally, SATA is just a type of interface which provides a connection between the motherboard and other SATA devices. Nowadays most of the latest drives come in the SATA interface.

SATA comes as a replacement Parallel Advanced Technology Attachment (PATA), which mainly use IDE Cables. Although it similar to PATA, SATA can transmit data over twice as fast as PATA to and from the rest of the PC. 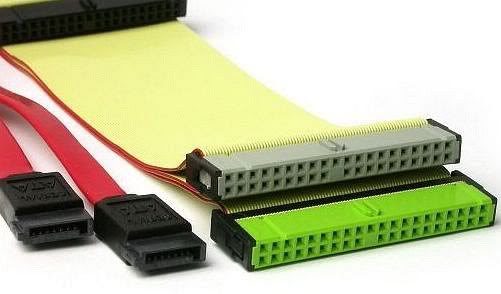 PATA is sometimes referred to us (Integrated Drive Electronics) IDE.

PATA and SATA are the types of interface that act as a connection between the PC and the storage devices, such as your hard drives and etc.

IDE and SATA come with a slight difference in features. While IDE has maximum compatibility, SATA comes with a large storage capacity. Another thing is that SATA transfers data at the rate of up to 6GP per second while IDE transfers at a very low rate (133MB per second).


And you know, you can actually use your old IDE Hard drives or Optical disc Drivers, into the SATA connector too. And to do that, you’ll definitely need to buy an “IDE to SATA Convertor”;

Click On Link To Check Out The Price Of New IDE to SATA Convertor @Amazon, @Newegg 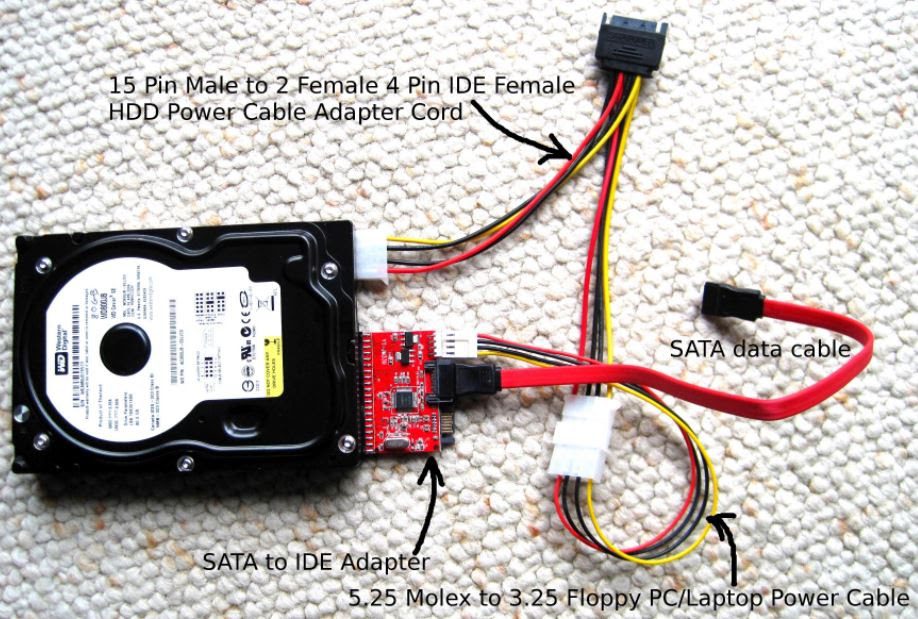 But with the SATA Drives, hotplugging is not supported by the IDE interface.

And there is one more thing, you know, that in your desktop, you can actually use any of your small 2.5 inches SATA HDDs and SSDs drives, by just directly plugging it into the SATA Port with using an SATA Cable with the SAME PSU SATA Connector; which you cannot do with the OLD IDE (PATA) Laptop’s hard drive, cuz you’ll need an extra converter for that.

Click On Link To Check Out The Price Of New Laptop IDE to SATA Converter @Amazon, @Newegg

And that the answer for those of you who are wondering about to use their old laptops hard drive into the desktop computer.

So, What Happens When SATA Or IDE Cable Gets Faulty;

Nothing frustrates a person like a sudden PC malfunction. You PC have to undergo a series of diagnosis to figure out what is the actual problem.

The problem comes when determining whether you need a simple repair or replacement of a certain PC component. One of the issues that your PC might face is a faulty SATA/IDE Port on the motherboard or generally a faulty SATA or IDE Cable;

And yes, just like most of the times IT’S THE CABLE WHO GOT FAULTY!!

Although these problems might be caused by other issues like a faulty software or hardware problem, but I know sometimes it might be due to a faulty SATA or IDE Cable.

Therefore, on a motherboard, you’ll always find more than one connector to connect your cable, so just like most of the times, having a faulty SATA/IDE Port won’t be a problem.

So, Why SATA Or IDE Cable Gets faulty;

It is crucial to take the backup of your hard disks as it will be very helpful in recovering lost files and data in case of hard disk formatting or accidental deletion. Computer malfunction can happen anytime due to virus attack, corrupt OS files, bad power supply and so on.

You PC might be working poorly due to a faulty SATA cable, but why do SATA or IDE cable get faulty? One of the main reasons that one of these two cables might get faulty is due to an aging of the cable.

An SATA or IDE cable might bring poor connectivity due to wear out which is caused by aging. Thus it is very crucial to change your SATA cable within time.

So Now Let’s See How To Change Or Replace An SATA Or IDE Cable;

The first thing to consider when working with a PC should be safest, thus it is very important to switch off your computer and unplug it from the power source prior to opening the computer cabinet. Below is step by step to changing a faulty SATA or IDE cable;

Suggested Link: How To Change the Boot Sequence in BIOS?