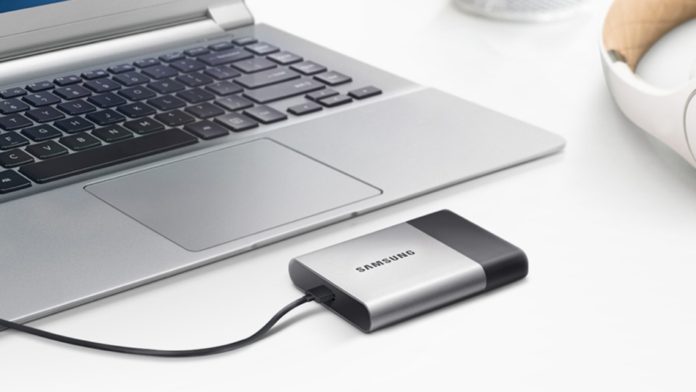 Macs have a complicated relationship with the tech-savvy crowd. There’s intense emotional debate from both sides for and against a thing which, at the end of the day, is just a machine.

Macs have some very clear advantages – the great interface, for example, the inclusion of type-C USB ports, multi-touch trackpads, and the fact that all Mac machines come bundled with every single driver that you need, and a plethora of everyday-use programs without any extra payment, whereas Windows after installation will just leave you in an empty desktop and nothing significant other than the core OS itself.


OS X is also enormously improved when it comes to compatibility, with apps like Photoshop and Adobe Reader for Macs and a surprising number of Windows-applications created files can be accessed and edited without any extra work, such as anything with Office file extensions.

This means that Macs are pretty much ready-to-use out-of-the-box, as opposed to a lot of configuration that is required for Windows PCs.

Apple has also moved to Intel hardware, and yes, in case you’re wondering (or having a debate with anyone over the topic) let us assure you: You can install Windows on a Mac. With options like the Mac Mini making waves in the market, things are also kept small in size, stylish, and with a minimum required fiddling around with wires.

There are obviously disadvantages too, such as still not being compatible with a shockingly huge number of apps that are out there, and lack of partial upgrades – there’s no way to switch out an old GPU with a new one.


It doesn’t help that there’s a lot of misinformation and myths that still prevail; I still hear people saying things like “Macs don’t get malware!” For the record, Macs can and do get infected, and their lower chance of infection mostly comes from the fact that because of its much lower market share compared to Windows, there aren’t as many malware programs that target Mac systems.

Compatibility is a thing for viruses, too;

Irrespective of which side of the fence you choose to stand on, Macs are here to stay. So for the moment, we’re setting aside our mostly Windows-focused view for the list of top SSD drives that give you the best performance on your Mac.

All the SSDs, of course, can be used on Windows systems as well, this being a priority these days, but these do have obvious pluses going for them which let’s just go ahead and get into.

So, Let’s See How Many Best External Solid State Drives Are Available In The Market: 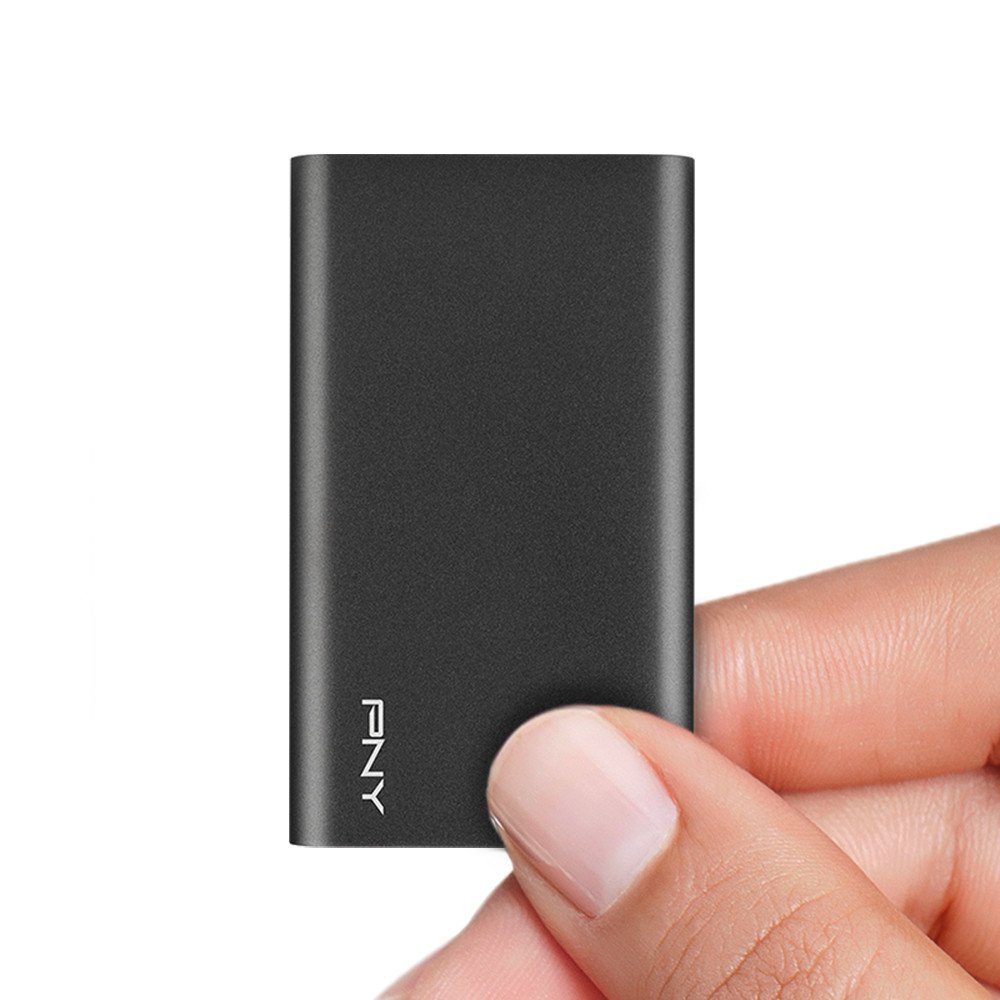 Short Review: You’d wouldn’t be blamed for thinking that this one was just shiny black box – it doesn’t look like a drive, mostly because it doesn’t do anything as commonplace as following any conventional form factor.

The drive is about the size of an ultra-thin cigarette lighter, smaller even than a credit card, with sleek rounded corners and only the small logo giving it away.

With capacities of 240 GB or 480 GB, its durable aluminum casing protects the contents, while the blazing fast Read/Write speeds of 430 MBps/400 MBps makes copies and backups a breeze to create.

PNY also include their Acronis Data Protection software, which you can use to create backups of both individual files and bulk folders in a go.

The size and technology make its power consumption negligibly low, and the smaller bulk also pushes it to use the Type-C interface, letting you connect it to even the thinnest MacBook and notebooks without any hassle.

PNY also don’t skimp on their guarantee, which covers you for three years. 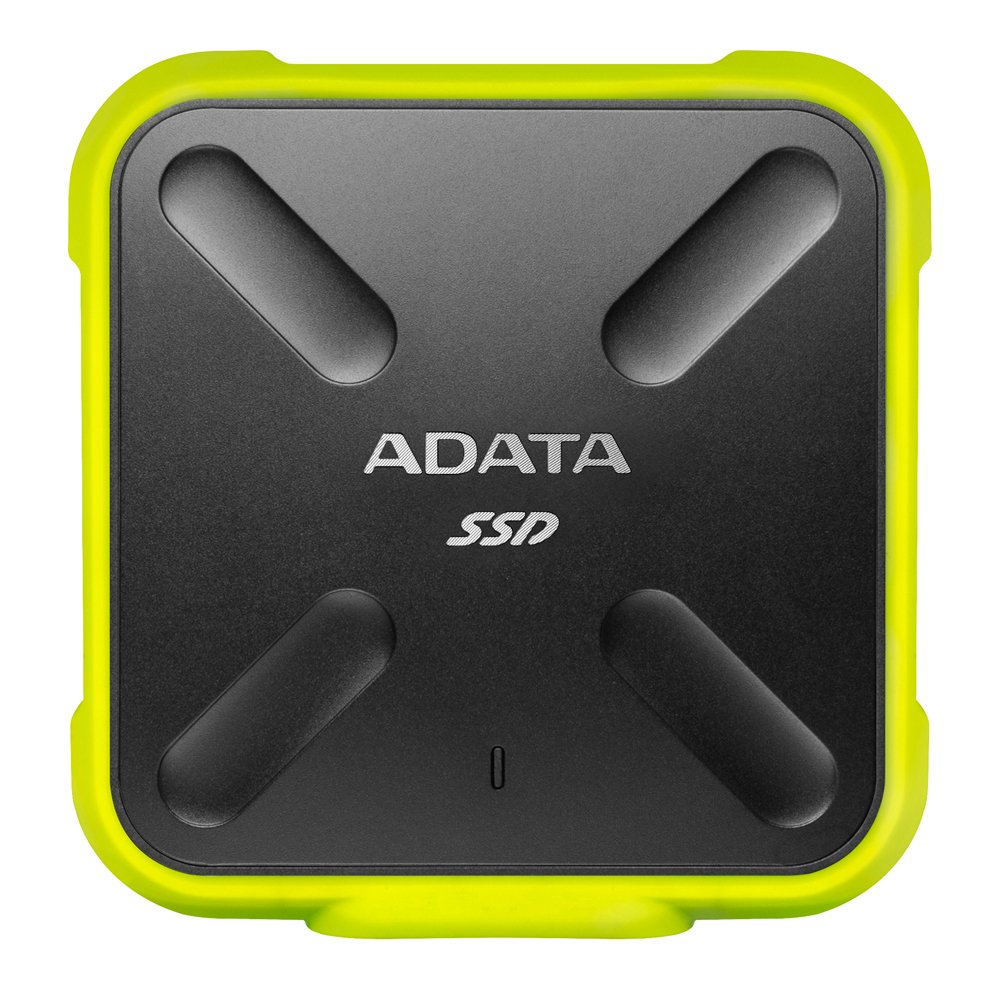 Short Review:  ADATA made our list exactly once before and that was for the rugged build and protection offered by their IP68 external drive. The SD700, we can happily assure you, is along the same vein.

One of the first SSD drives to be marketed as dustproof, waterproof, and shockproof, it is basically, the smaller, solid-state version of the IP68 that topped our external hard drive list, which alone is reason enough to consider buying one.

This 3D NAND flash memory drive is rubber coated and nigh-impervious to the weather, offering military grade protection for its contents. Drop it, dip it in water, bury it in sand; it still works.

Take it to the desert, climb a mountain with it in your bag. It still works, even at temps as low as five degrees Celsius. Small enough to sit inside a pocket and with a rubber cover firmly closing over the USB port, it doesn’t let in anything it doesn’t have to.

Compatible with OS X, Windows, and Android, transfer all your files into it in one single go and move them between your devices without a worry.

Available in capacities from 256 GB to 1TB, and weighing in at 75g, this lightweight award-winning champion is the to-go solution for anyone who needs their data backed up and transferred in a rough outdoor environment.

It does not compromise when it comes to the physical security of the drive itself, and even comes in two different colors for those who are into that sort of thing. 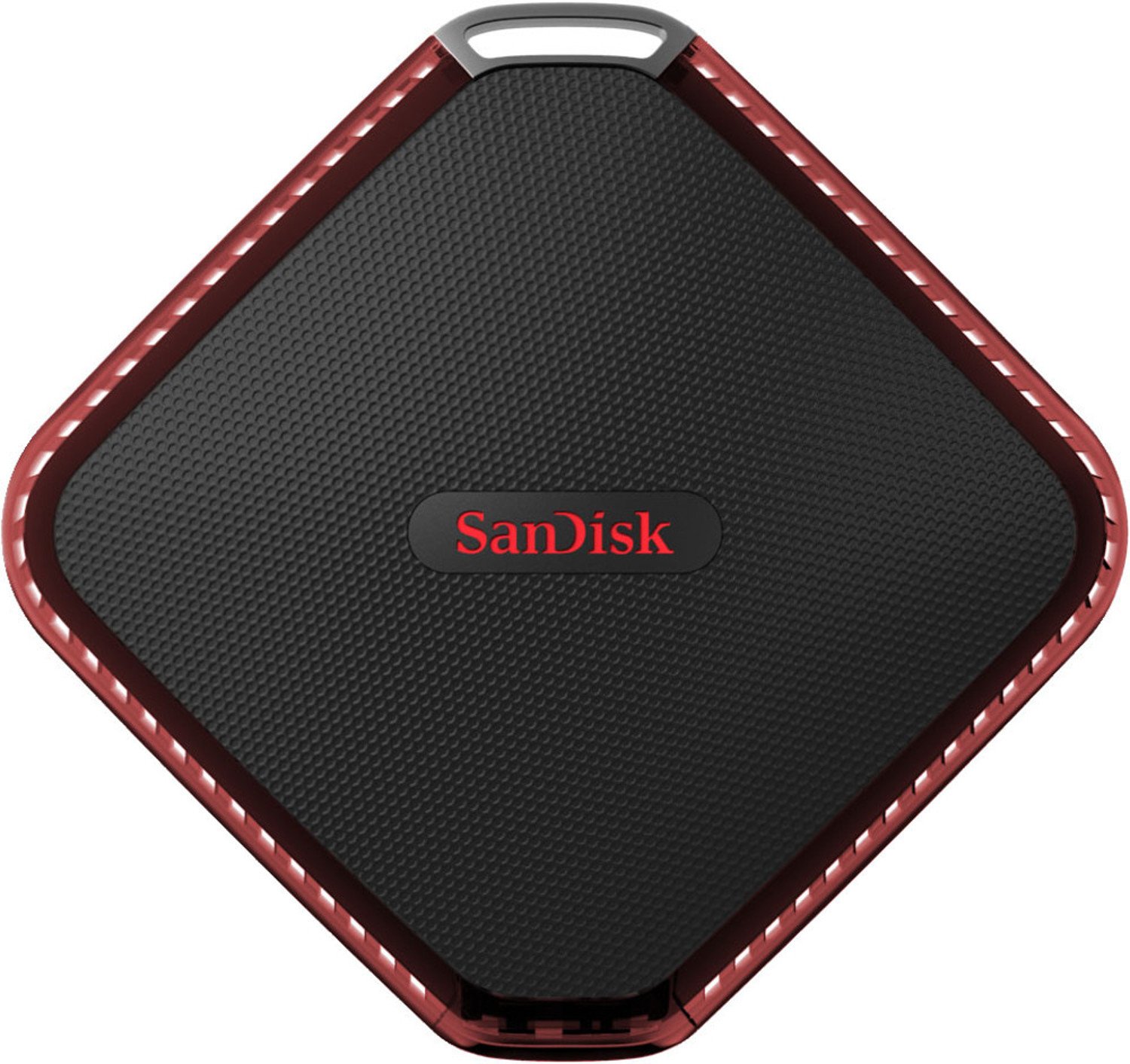 Short Review:  Another “Rugged” build on this list, SanDisk must have gotten jealous of ADATA stealing their thunder when it came to being awesome, and we all know that the green-eyed monster of jealousy makes the right people motivated to push themselves higher and higher, so they did what they knew best to do – they went bigger and better.

The SanDisk Extreme 510 is of a similar appearance and size to the SD700, the difference being that it takes its boast of “all-terrain durability” very, very seriously. Water resistant, shock resistant, dust resistant, and temperature resistant to the point of being able to operate in even minus twenty degrees Celsius, when you climb a mountain with it, you can just keep it strapped to your belt instead of in your bag and it will still function without problems.

And just to tempt you into doing that SanDisk has made sure that the drive comes with a convenient and easy metal clip that can let you fasten it to a belt or a bag. (Disclaimer: the protection only extends to the drive, and not the person lugging it around, so be sure not to fall and break your neck or you’re on your own).

At Read/Write speeds of 430 MBps/400 MBps, the data transfer and workflow are on par with what you want and expect from SSDs.

As with other SanDisk products, this one also comes with SecureAccess software for 256-bit AES encryption that can be set up specific to folders of your choice inside the drive, and it is cross-compatible across Windows, Linux, OS X and Android.

Portability, durability, reliability, and speed, all wrapped up in one. It’s an SSD version of that supercar you’ve always wanted. 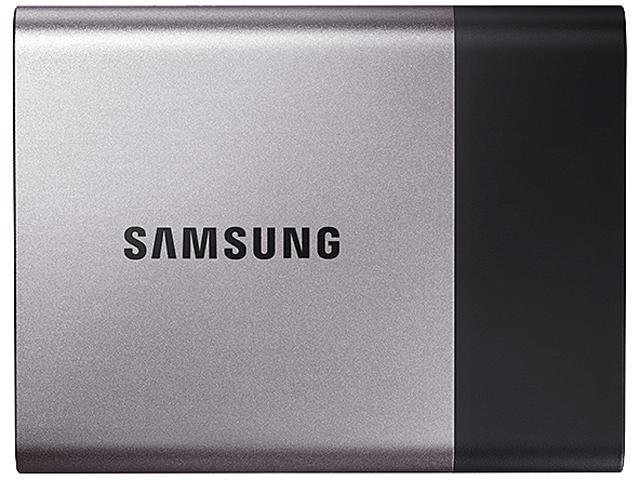 Short Review:  Giving us the second cigarette-lighter-sized drive that is smaller than a credit card on this list, Samsung, as usual, is not messing around.

It is similar in size and shape to the Elite but has a silver and black double-tone color with an exterior metal body that’s strong enough to justify the term “tough nut to crack”, and it is scratch resistant to boot, keeping it shiny for years to come.

The strong exterior also makes it shock-resistant and vibration-resistant, with the usual 256-bit AES hardware encryption safeguarding your data. There is also an in-built password-protection system, where users can set up their passwords in a few seconds to make the drive inaccessible to anyone but the authorized users.

Cross compatible across Windows, OS X, and android, it has the type-C interface for easy plug-and-play with a small cord that lets you hook it up to your notebook, MacBook or smartphone, and a Type-C to Type-A converter cord that can connect to the bigger desktops and Mac systems.

Easily manage and transfer content across any device of your choosing, and thanks to its smaller size, it is essentially expanded memory for any smartphone, which is a big deal, because – and here we’re getting to the ultimate selling point of this little trinket – it comes in capacities of 250 GB (which we’ve seen before; eh, not impressed), 500 GB, 1 TB (okay, that’s pretty stand-out) and even 2 TB (color me impressed!) That’s a two-terabyte drive, in its tiny cigarette-lighter shape and size, sitting in your hand and weighing less than a hundred grams, as if it’s no big deal.

That’s light enough that we’re tempted to call it “cloud” storage, but we’ll try to resist.

Samsung lives up to their name and reputation with the T3; and it is the best choice for normal use – as long as you don’t go climbing mountains.

That’s our basic rundown on the top 4 Mac External SSD Drives for you. Stay tuned for more! – So, what will you pick, if you wanted one for yourself? Let me know in the comments below: