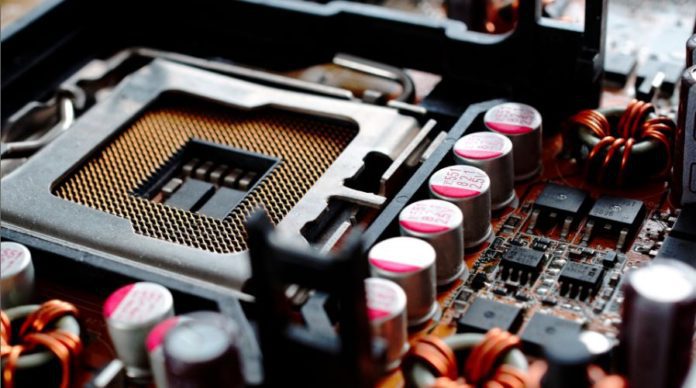 All About Computer’s Motherboard (Main Board)

The IBM company’s personal computer, whose most common name by which the world knows it is IBM PC, is known to be the original hardware platform that is compatible with IBM PC. Over there, the main circuit board that was used, was initially named a motherboard.


That main circuit board used to include its CPU as well as the RAM – plus the bus which were fitted with slots to connect expansion cards in them. 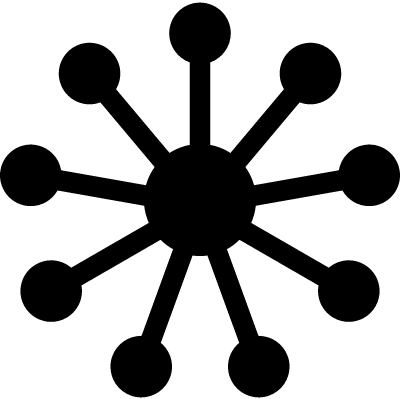 Apart from that, that main circuit board also had the Read Only Memory subsystem (ROM), the IRQ and DMA controllers, sound circuitry, coprocessor sockets and keyboard interface attached. The sound circuitry included the PC speaker or tone generation unit.

That is how the name “motherboard” and everything involving it, all began.

In any computer organization motherboard is the primary component. It incorporates all the fundamental units required for a computer. The Main components of a motherboard are

Thus we see that a motherboard holds most of the primary logic required for a computer and thus justifies its name to adapt a computer to use widely different types of secondary devices, like – the floppy drive, the hard disk, the display adapter, the printer.

In the motherboard, we need to connect the corresponding adapters. These adapters communicate with the CPU at the motherboard through address and data buses.

Since different manufacturers are manufacturing different types of motherboard and adapters, therefore, it becomes necessary to have some standardized designs to make all the boards adaptable to each other.


This is realized through the standardized designs of I/O slots called I/O buses. Here we will go through the most important features of motherboards which you need to know to understand how they work, but in brief. 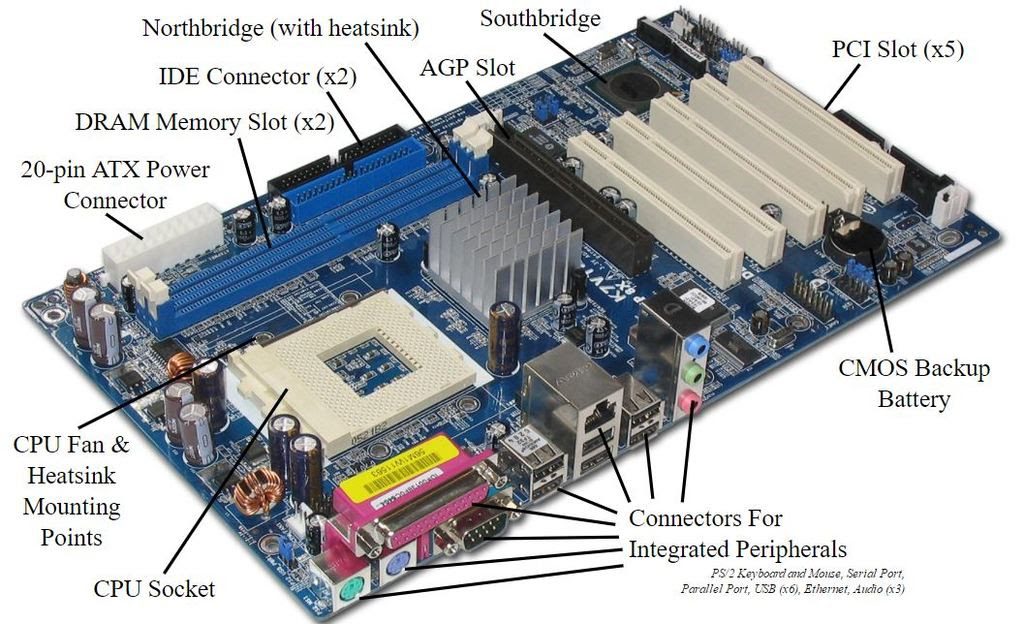 These sort of chips are designed such that they are supposed to work for any particular type of CPU, hence the name peripheral chip is bestowed upon it.

Some of them are listed as follows-

In the latest motherboards PC/AT, 386 or 486 no discrete chips are used. In place of that VLSI’s and CMOS’s which are specially designed with some or all of the above circuits are put in.

Apart from the peripheral chips and the CPU, some more of the components of a motherboard includes transceivers, buffers and discrete registers as follows:-

Many motherboards available today are also having some additional built-in controllers also.

Therefore they have the controllers and circuitry mounted on them. To list a few following are the different types of controllers integrated into the motherboards these days:-

Technical specifications for any motherboard should include the following features:

A form factor in computing controls the physical dimensions of the motherboard. As it has been observed with the specific PC industry which was compatible with IBM machines, there was a trend of using a standard form factor – so that the various parts or components of the machines could be interchanged across different vendors who were producing and competing against each other and different generations of this sophisticated technology.

But in the enterprise category of computing, form factors secured the server modules capability to fit into the existing system which was of the rackmount type.

Apart from controlling the dimensions of the motherboard, form factor also controls various other factors but they are not so prominent.

Small form factors basically resulted in the shrinking of the size of the motherboards to some extent, but not infinitely because the present power supply mechanism hindered the reduction with a bit of obstacle to that.

One main aspect which as a learner we should look into is the main circuits and the components which may be present on any class of Motherboard.

Design variations in the existing motherboards are primarily because of the following reasons:

But the advent of VLSI technology has produced compact circuits and hence reduced the size of motherboards. Now we’re having compact VLSI chip sets available from different manufacturers which incorporate the complete motherboard circuits following the ATX standards.

Intel Centrino Core Duo (Intel CD) Released in January, 2006, Centrino took over Pentium brand which ruled the industry for almost 13 years. Centrino is not a central CPU, it is rather a brand. This term actually means a group of different things including the wireless network, motherboard chipset as well mobile CPU.

The mobile process actually means the low power prototype. The 32-bit version of Centrino core brand was first launched on January 5, 2006 – which also marked the beginning of Intel’s dual-core mobile processor. The dual core processor very much resemble the two Intel Pentium M CPU’s coupled together and presented as a single unit of the silicon chip. That is precisely why the core branded processor’s micro-architecture has more similarities with Pentium M brand of CPU’s than that of the more advanced Core 2, 64-bit ones.