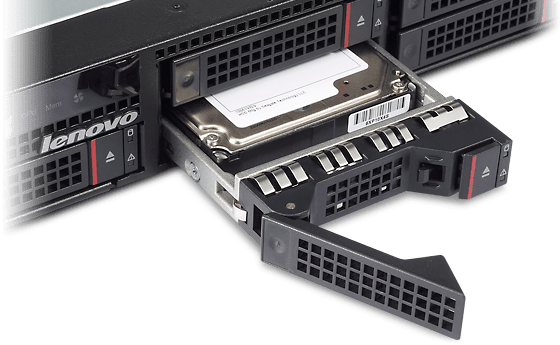 List Of The Best SAS & SATA HDDs For Server And Workstation

Servers – A need for speed;

When it comes to a desktop or similar system, is only required to run its own applications. A server, on the other hands, needs to handle the workloads of its client systems that are running its apps through the network – that is, after all the purpose of a server.

As such, your server needs to be lickety-split quick when it comes to response time.


And I know, It’s always a vertigo-inducing migraine trying to comb through the myriad of options when you’re setting up a server. What’s the best RAM? What cooling system should you use? What kind of drive in the storage pods?

Well, we can answer for you – best enterprise-grade HDDs; 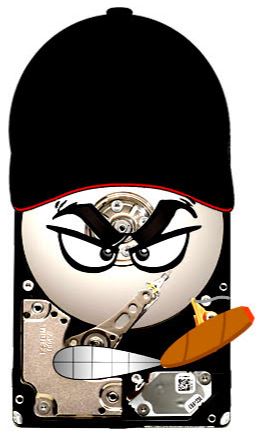 From last few days, a lot of people asks that, can they use Consumer grade hard drives for their server,

While many who work in the manufacturing side would respond to this with Duh!! Obviously;

But the unfortunate fact is that, a surprisingly huge number of servers, especially among small-to-medium sized businesses, are set up with consumer-level drives – whether due to a lower budget (which will cost more in maintenance over the long term), better availability (because most HDD sales belongs to desktops which only require consumer-grade hardware, whereas not all stores will also stock enterprise level HDDs), or simply an outright lack of knowledge.

Regardless of the reason, this can (and usually will) result in drive failures and cost extra to run the server longer.

The reason why consumer-grade drives fail in a server is quite simple;


While at first glance they do provide more storage for a cheap price, they aren’t built to handle the higher workload, i.e, the terabytes and terabytes of data that is stored, erased, new data stored, erased, and so on and so forth.

Enterprise-grade drives can handle loads from 100 TB to 500 TB a year;

Whereas a consumer-grade drive would strain and fail even on the lower limits of that, since they aren’t meant to repeatedly write, delete and rewrite data with such frequency.

And You know, when you’re using your servers for customer needs and interactions, performance, not storage, is the undisputed King.

In case, If you still wanted to buy a consumer grade HDD for your machine, then you can also check out my these articles where I wrote about the >> Top And Best Consumer Grade Hard Disk Drives Of This Currently Month!!

Enterprise HDDs are built for the kind of stresses a server’s workload will put on its storage devices.

They also come in numerous different configurations – high-capacity drives for storage, low-capacity, high-performance drives for running heavy client-side applications and everything in between.

There’s also the fact that all enterprise HDDs have much higher warranties than their consumer versions, to ensure the right money’s worth for the customer.

The drives are designed to meet the performance demands of several applications while having a small physical footprint and a lower total cost of ownership versus other high-performance options.

Most importantly, these will reduce drive failures, data loss, server downtimes, and be more cost-effective by saving you exorbitant levels of maintenance and drive replacement costs over any significantly long period of operation.

This flexibility is what allows them to make up any kind of server;

Whether it is one that favors storage, performance, low-power-consumption or any prioritized combination of the three.

As with most technologies, storage is on a competitive and breakneck-speed development phase these days.

With hybrids like SSHD and NAND technology becoming more and more popular;

Choosing the right enterprise HDD, however, can keep your server free from the hassle of expensive upgrades since you will only be required add storage by replacing your older drive with the newer, higher-capacity or performance ones.

Okay, but which Enterprise HDD? There’s a sea of options out there. Which one to pick?

Well, I got you covered.

So, Let’s See How Many Best Enterprise Grade Hard Disk Drives Are Available In The Market, In This Month: 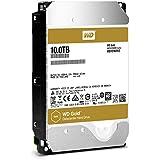 About It: A Money-Back Guarantee. Is there anything that boasts a manufacturer’s faith in their product more than that?

If the drive doesn’t do what it’s meant to do, return it within 30 days and you get your money back. Right off the bat, this makes them stand out in the list, as they are the only ones with this offer.

“We give you the sense of security to live life to fullest”, claim Western Digital, and their return policy certainly seems to point this out to be true, at least when it comes to their enterprise HDDs.

Running from a capacity of 1 TB to 10 TB, the drive is specced to be durable for 24x7x365 operation with the industry-high-standard 550 TB per year workload and 7,200 RPM.

It boasts to be a “plug and play solution” across all popular OEM systems, SATA controllers and bus adapters, which ensures ease of integration in both new builds and existing ones.

There is no SAS option, however, so the interface is limited to 6GBps.

The Gold Datacenter drive’s USP, however, is its dual actuator technology, which fine tunes the read/write head for a supreme degree of accuracy, making it reliable and fast.

What we find to the best thing about it however, is the flexibility in storage and price – from the smallest 1 TB models for entry-level servers to the 10 TB version for bleeding-edge systems.

Whatever you need, WDC has you covered. 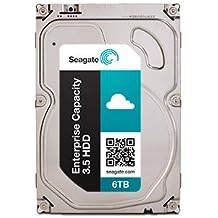 About It: Seagate is a company that has been around for a long, long time in the storage biz. As their 40th anniversary looms closer, they have cemented a solid, reliable reputation over the years.

Seagate’s Enterprise Capacity Drive is almost identical in appearance to their normal HDD, and as an organization whose designs have usually favored function over fashion, it looks completely mundane.

But as the flagship design of the corporation that scooped up the Market Leader Vote in every single category of Enterprise HDDs in the Brand Lead Survey Result of 2016, there’s more here than what meets the eye.

Bringing both speed and size to the table, the 7,200 RPM model is available in capacities up to 8TB and the increase in size does not affect performance.

With a supported workload of 550TB per year, this ensures massive data transactions for your server at super speed.

It also allows you to choose between the two available interfaces – SATA (which caps at 6GBps) or SAS (12GBps) as per your needs so it can interface with existing platforms easily.

There is also a trademarked, user – definable power consumption feature, which is just flat out of this world awesome – the PowerBalanceTM will allow you to lower power consumption with balanced performance in case you need it, and when we’re talking about racks and racks of HDDs, this is a big deal.

While the price may be a little gasp-inducing, this is targeted at large corporate-level large data banks for those who prefer upfront costs to cover long-term use;

So the value is justified. All-in-all, Seagate delivers a stellar product consistent with their reputation and history. 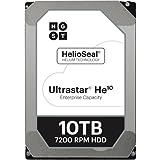 About It: As the first company to introduce a 10 TB drive in the market, HGST knows its stuff. Their claim to fame is the HelioSeal platform, which seals the drive to be air-tight and packs its insides with helium instead of air.

This reduces vibration inside the drive and lowers power consumption – features which have been refined in the He10 to flat out cut consumed power by a whopping 43%. That’s a small fortune saved in power costs for a giant storage hub which operates round-the-clock throughout the year, for several years.

The sealed drive also keeps external air out of the insides, making sure that impurities do not get in;

Which increases their life and lowers failure rate, especially if you are using an open-air data center – which, by the way, is a bad idea, but for those who are forced to the decision for budget or infrastructure reasons, the He10 would be an obvious choice since any contaminants are kept out of HGST’s sealed Helium drives.

In spite of a higher initial cost due to HelioSeal technology;

the above two features combined make this a top choice for budget or small-to-medium data banks and servers, which will benefit greatly from the low power usage and the airtight HDDs, highly reducing power and maintenance costs in the long term.

The rest of the model’s features are industry-level: 7,200 RPM, 2.5 million MTBF, five-year warranty, etc. and etc.

HGST also allows you to choose between SATA and SAS interface models, where the SAS interface is also backwards-compatible with last-gen 6GBps SAS.

Without a doubt, the He10 is a great choice that gives industry-maximum specs and numerous additional advantages to boot. 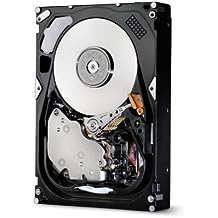 About It: And now comes the big boss. Recommended for the most powerful and vast databanks with ultra-high-value-data and functions, the Ultrastar 15K600 only offers a maximum capacity of 600GB, with 450 and 300 GB models also available.

The lower size is a trade-off: in return comes an eye-popping 15,000 RPM performance, which will give blink-and-you-missed-it fast response times for mission-critical works.

The numerous security and data encryption options enable you to properly secure the value data zipping in and out of the server, which is just as important for high-value data systems.

This 15K600 drive also does not have any SATA option to choose from and it can only be used in SAS interfaces.

Regardless, the 15K600 has set the industry-lead bar in terms of performance and is the most powerful thing you can put in your storage hub today.

So, those are our picks for the top 4 enterprise HDDs available today;