Everything You Need To Know About Computer – Mouse

When you hear the term mouse, most of the phobic people would tend to jump to their desks. However, with the advent of the modern computer, the mouse has now jumped to our desks.


A mouse is a small, handier and highly useful external device that makes it easy to use the computer system. The computer mouse was invented by an intelligent US Computer Scientist named Douglas Engelbart. 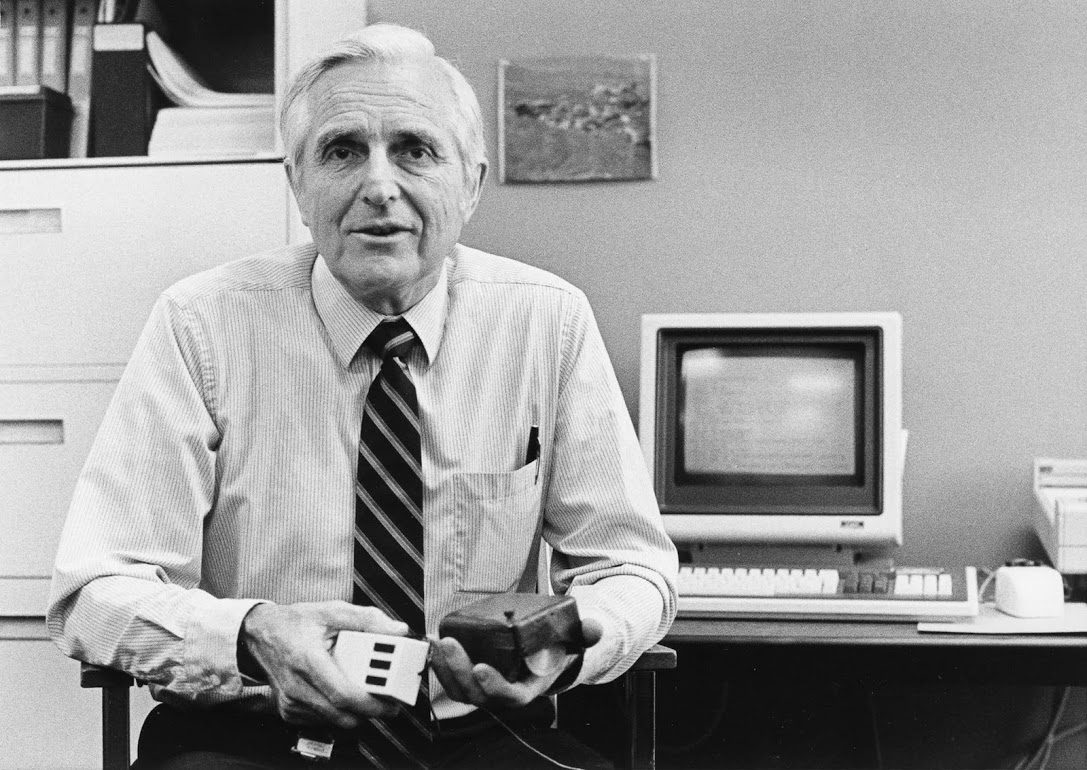 Whenever we wish to accomplish anything on our desktop computer, our hands frantically reaches the computer mouse. As one moves the mouse over the mouse pad, the cursor on the computer screen responds to the movement of your hands.

This is a great action that helps the individuals in doing several types of tasks on the computer system.

However, most of us would wonder how this action is actually accomplished. Let us provide you a detailed description of the same through this article.

What Is A Computer Mice?

A computer device is an electronic gadget which could be wired or wireless. This device helps in the movement of the cursor across the computer screen when one moves the mouse on a flattened surface. 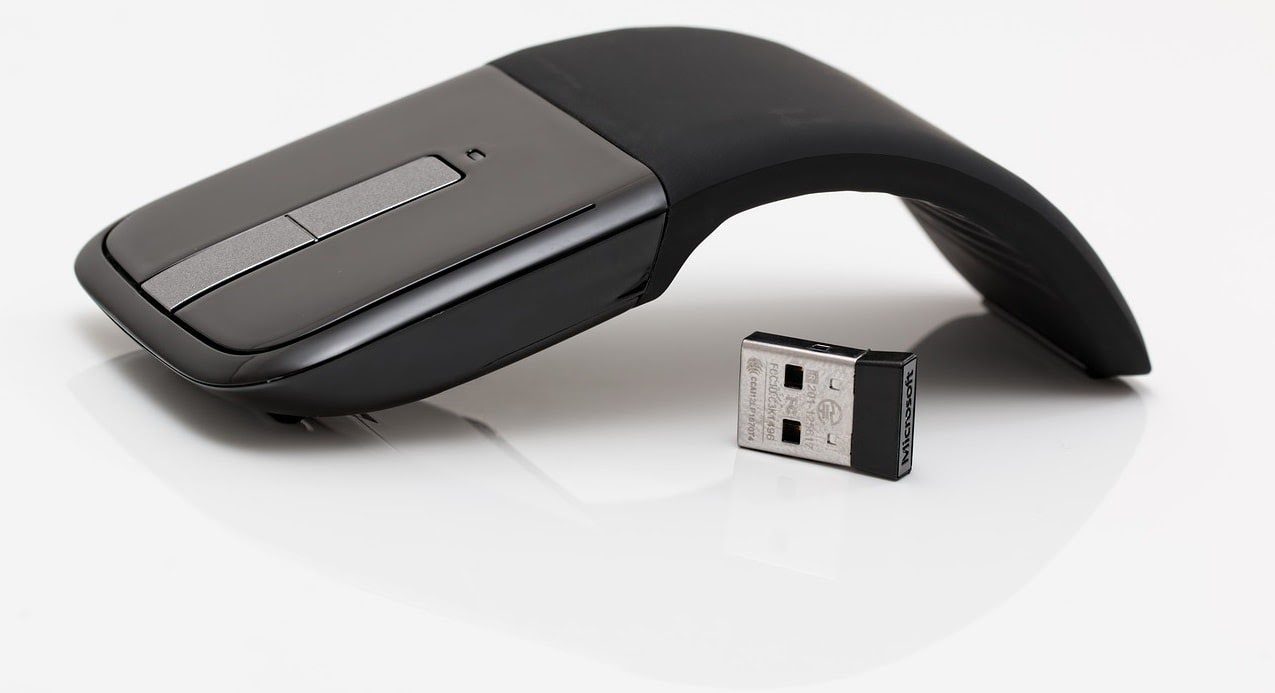 Therefore, the computer mouse actually calculates the amount of movement in a particular direction (2 dimensions) and then feeds the same to the computer system.

This transfer of information from the mouse to the computer system allows for a complete management of the GUI (Graphical User Interface).

There are several types of computer mice. The variants include the mechanical mouse, an optical or laser mouse, the 3D mouse, the ergonomic mouse, gyroscopic & inertial mouse, gaming & tactile mice.

In this detailed article, we would discuss the working of the most fundamental variants of computer mice: mechanical and optical mouse.


What Is A Mechanical Mouse? 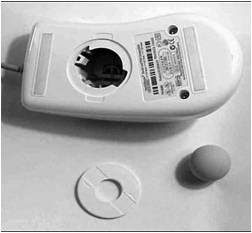 The typical mechanical mouse comprises a rubber ball at its bottom. This bulky rubber ball is responsible for the movement of the mouse on a flat surface.

Its movements correspond to the movement of the cursor on the computer screen. The mechanical mouse is also known by the name “Rolling Rubber Ball Mouse”.

The overall unit of the mechanical mouse is quite bulky.

What is the Working of the Mechanical Mouse? When you would move the mechanical mouse, the rubber underneath its surface, rolls. Upon its rolling, the dual plastic rollers or wheelers that are attached to it get pushed.

Both the x-axis as well as y-axis wheel contain spokes that induce a thin beam of light inside the structure of the mouse.

The calculation of the distance traveled by the mouse is determined by the total times of the light beam breaking inside the mouse body. 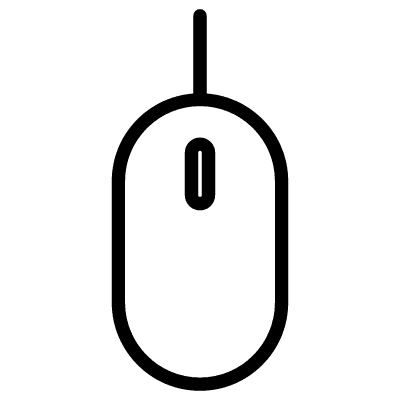 For example, when you would glide the mouse in the upward direction, the Y-axis roller turns. As further you would go, the ball would push the wheel more. As a result, it breaks a more light beam into the mouse interiors.

This helps in determining the distance the mouse has accelerated in the upward direction. In a similar manner, its x-axis movement is used to calculate the side movements of the mouse.

When the mechanical mouse is given some angle, the determinations are derived from the wheels’ movement.

The mechanical mice have been greatly famous in the past decades. However, with the advent of the much lighter and durable optical mice, they are now seldom used.

What Is An Optical Mouse? 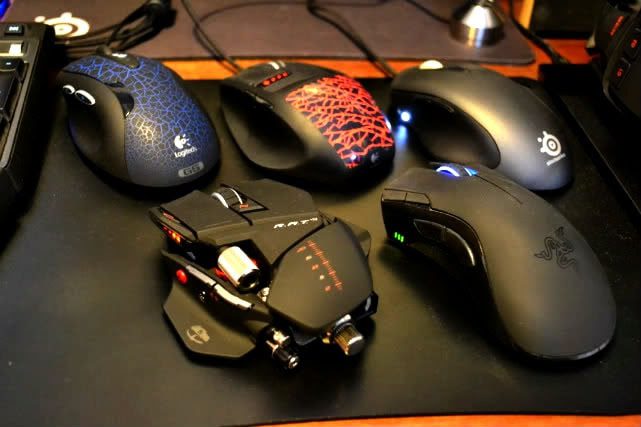 Therefore, it comprises of no movable parts. A typical optical mouse consists of a LED light with the red intensity light being the signature light.

Additional parts of an optical mouse are a chip to detect light, a switching mechanism, and some other single components.

How does an Optical Mouse Work? You would spot a LED light that is fitted towards the bottom of an optical mouse. This LED light is responsible for emitting a high-intensity red or blue light towards the down direction against the flat surface. As the mouse is moved against a flat surface like the desk or the mouse pad, this light gets reflected from the flat surface to the inside architecture of the mouse.

On the inside structure, the optical mouse consists of a photocell that is present just near the LED light emitter. The photocell of the optical mouse consists of some frontal lens. This lens is responsible for magnifying any ray of light that reaches it. As the user would glide the mouse against the flat surface, the design of reflected beam changes. This pattern is then utilized by the chip in figuring out the direction the user is accelerating the mouse. 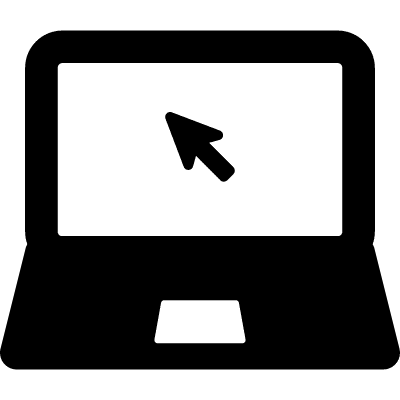 Optical mice appear greatly lighter as well as faster in use in comparison to the mechanical mice. These have gained great impetus in the recent times due to greater speed and efficiency of execution.

Optical mice tend to be more sensitive and precise than the mechanical mouse. The graphical designers, therefore, make use of the optical mice to achieve precision in their creative works. The optical mice help in making animations and graphical drawings much easier.

The optical mouse is highly reliable and can last for a longer period. They do not have any balls underneath them. There is no need for a mouse pad with optical mice.

To top it all, the optical mice is highly practical for amplifying the user experience with the computer system.

With more advancements in technology, advanced versions of computer mice have evolved. These include the ergonomic mice, 3D mice, gaming mice and much more for specialized purposes.

Even with the advent of touchscreen & touchpad capabilities, the role of mice in the computer system would always remain integral.