How To Know – That You Need A Blank CD, DVD Or a Blue Ray Disc?

Among all the noise that is generated about Solid State Drives and Hard Drives and Hybrid Drives and USB Drives and so on and so forth, there is one piece of technology that’s been unshakable in its reliability for nearly three decades, that everyone just seems to take for granted. 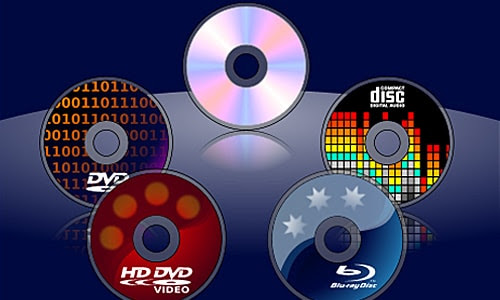 Chances are quite good that you used these infrequently, popping the odd software disc or two into your computer for installation, but it’s also likely you don’t even think about this.


With everything going digital, there are many who don’t use these things at all, buying everything they need online instead of as a physical disc and keeping their backups solely in drives, thanks to the much lower cost of external drives these days.

Optical discs also don’t feature in Wired Magazine or PC Gamer, no one goes around developing new interfaces for them and screaming about how they’ve just made a new leap in technology;

No one bothers making fifty different versions of them to make compatibility a horrifying nightmare, etc. etc.

They have had a controversy-free existence, and they’re just…there. Static, unyielding, keeping up with our increasing demands, never hogging attention.

So it’s time we gave them a place in the spotlight.

Optical discs have been around and available at your fingertips ever since CDs first went commercial all the way back in 1983.

Before digital distribution platforms such as Netflix, iTunes, Amazon Prime and Hotstar came along, Optical Discs were the thing that pioneered innovation in both software distribution and entertainment media.


Now, optical discs are different from storage media such as HDDs and SSDs because they are a WORM (write once, read many) format – which is both their greatest advantage and disadvantage.

Data stored in drives will inevitably suffer degradation at some point – might be two years down the line, might be ten years, but it will degrade, even if – and this is the important point – you just keep the drive locked up in a box without ever using it, yes, you’ll meet data loss at some point.

Optical Discs are a different story. Data is stored in them by “burning“, i.e, by selectively heating parts of its layer using a laser. 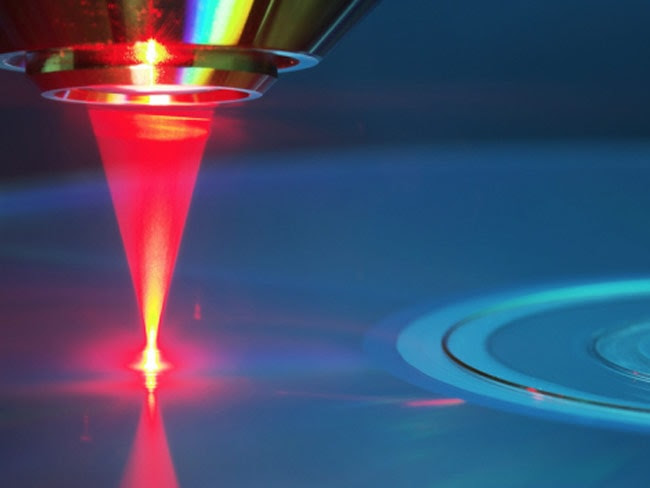 This changes the layer, creating formations similar to pits and lands that can together become binary data.

They can also be mass produced by “pressing” which has the same result. The recording process, either via burning or pressing, means that once it is done, it cannot be undone.

That’s a bad thing if you want to constantly write and re-write data like a USB pen drive, but it is a very, very good thing for digital data that needs to be stored for decades without suffering loss (or even intentional corruption).

#What Makes Them Better?

This is the reason why, when you walk into a video store, your favorite movies don’t come in USB drives.

Burned disc drives are much more resistant to shock and magnetism – two things that can wreck storage drives quite easily.

Getting wet also does not affect the disc – just dry it out, rub it on your shirt, and it’s as good as new.

The only things that do affect the thing are irreversible physical damage (scratches, chemicals, heat, etc.) and as long as they are not subjected to these, they can last for pretty much an indefinite period of time without any problems.

They can also be safely used in infected computers – since they cannot be written on any further after burning, they will not become infected by the system that’s reading them, unlike USB drives which can (and usually will) pick up malware from any PCs or even phones that so much as read their data.

The only way to infect a disc is if you burn infected files into it.

There are three types of optical discs around – CDs (which are still a thing, no matter what you think), DVDs (which give the best value in data storage), and Bluray discs (which are expensive but have the highest capacities). All three discs have versions that allow you to burn them multiple times, known as “recordable” discs.

This is achieved by burning data to one portion, and then, when re-recording, burning the data on another portion of the disc.

This means every time you burn data into a disc, its capacity will get less and less and you cannot free up space by deleting.

#How Are The Three Different?

You can check which one your PC has; it should be written quite clearly on the front of the drive.

If not, check the Device Manager (remember that one?) and you should see your drives clearly listed.

If your drive is marked with an “R” after the name, it can only read from discs, if it has “RW”, it can both read and write, though it requires software assistance to burn the data.

All three discs have “mini” variants, which is something else that’s overlooked by a lot of people. These mini-CDs, mini-DVDs, and mini-Blu-rays hold about a third of the data of the full-sized disc, and you don’t need a special optical disc drive to read them – these mini versions are the reason your drive has a smaller, circular indentation in the middle of the drive (eject it and see for yourself, we’ll wait), that’s where the mini-discs go, and again, no hassle. 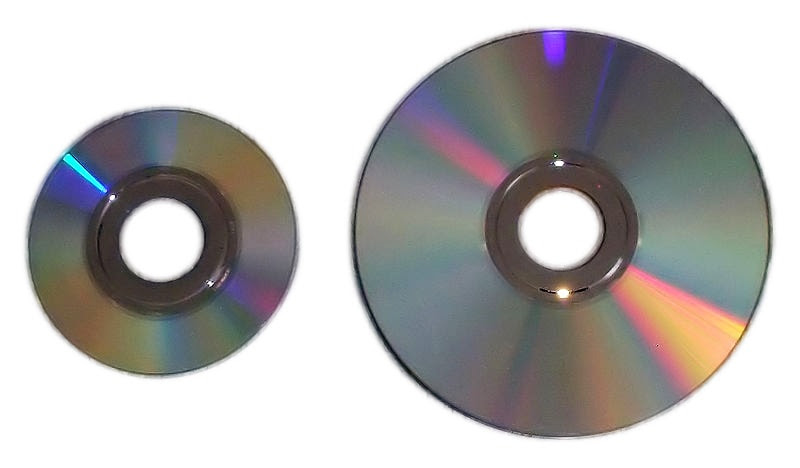 However, DVD and Bluray drives cannot read from or write on mini-CDs, which are 12cm in diameter, compared to mini-DVDs and mini-Bluray discs, which are 8cm.

#Which One Do I Pick?

For those who play games, watch TV or movies on a regular basis, you need a DVD or a Bluray drive, since studios no longer release their products in CDs.

Remember though that DVDs do not have full HD video; if you want to enjoy 1080p resolution you’ll need a BluRay player.

For those who want to just create backups, DVDs are the more cost-effective option, but keep in mind that constantly making your drive write discs will cut down its life.

If you have larger volumes of data to be backed up, you’ll need a BluRay drive.

Gamers can settle for a DVD version, since games are always available via digital distribution platforms like Steam.

Whichever you pick, make sure the drive can both read and write, and your backups created from it will never degrade or become corrupted.

To make the discs last longer still, be sure to store them away safely.

Use proper individual pouches which come with a sponge bottom that helps prevent scratches instead of one of those bulky “cylinder” type racks which make the discs spin and scratch themselves when you move the pack around.

Keep them enclosed in a cupboard, and never worrying about losing the data!