Something About Windows 10, And How To Install It

Microsoft released Windows 10 back in July 2015. It is the version of Microsoft’s flagship Operating System that follows Windows 8 and 8.1. I know what are you thinking, Why Windows 10? 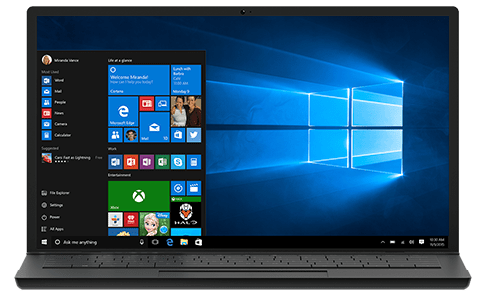 Did Microsoft lose counting or what?

The reason why they didn’t call it Windows 9 is to suggest its discontinuity with earlier versions (Windows 8 in particular).

The new OS is basically designed to address common criticisms of Windows 8. For those who don’t know, Windows 8 was literally slammed by critics for the surprising changes that it had to offer.


Replacing the good old start button with metro tiles, lack of enterprise-friendly features and poor touch and type interface are few of them.

Microsoft launched Windows 10 with the intention to provide a universal OS for all of its user types. The OS runs on desktops, laptops, tablets, and smartphones and even on embedded devices.

Microsoft developers have mainly focused on improving the interface, security, and manageability in Windows 10;

Since Windows 8 offered a radical new UI which is hated by the majority of users. Well, that UI does work kind of good on smartphones and tablets but wasn’t simply made for traditional desktop and laptop PCs.

Microsoft improved security features like user identities, support for multifactor authentication schemes in Windows 10 to make it more enterprise friendly. Let’s take a look at all the new features that Microsoft has to offer with its new OS.

With Windows 8, Microsoft made a very bold move. They would have never thought that critics will crack’em up just for replacing start menu with the metro-style start screen.

Well, now in Windows 10, things are back to normal as the iconic start button has returned with few modifications of course.

Cortana is an AI assistant which is always ready to help you with your local as well as online stuff. Cortana is integrated into the system and can be easily accessed through the search bar which sits right next to the start button.

She can be provoked by clicking on the microphone icon on the search bar or just by saying “Hey Cortana” follow up by the command. Yes, you guessed it right, she’s like Siri. But I personally like her more than Siri.

You can ask Cortana to crack a joke for you, play a song, sing you a song, search something on the web, open your applications and a lot more. 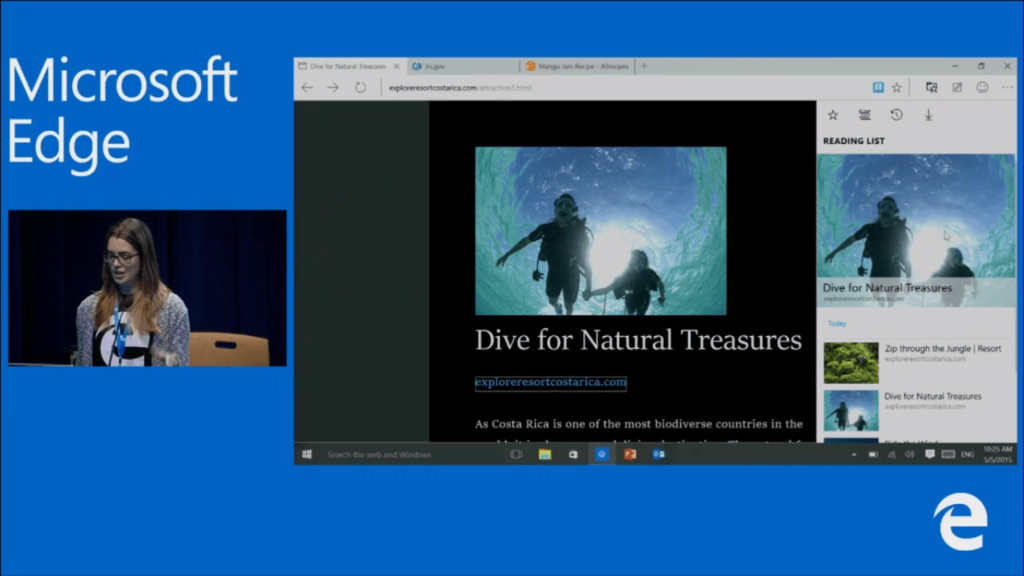 Edge is quite fast and responsive and can be used as your primary browser. It loads web page faster and can compete with Chrome and Firefox easily in terms of responsiveness.

#The All New Task View

Multitasking is a great feature of any desktop OS but with Windows 10, Microsoft took it a step further. The new task view feature in Windows 10 will allow you to work on multiple desktop screens and offers easy toggle between them;

This feature is really handy and makes multitasking way better than we are used to.

Getting notifications on a smartphone is really handy as we can see all of them at one place just by swiping down from the top;

In Windows 10, you also have a notification center sitting in the lower-right corner of your home screen which allows you to see all of your notifications at one place.

#Bridge between Tablets and PCs

One of the worst aspects of the Windows 8 was making PCs behave like a Tablet. Continuum is a better attempt at this. If you have a tablet or a touchscreen running on Windows 10 the then you can add a keyboard and mouse to switch it to the desktop mode.

Microsoft is already trying hard to develop apps which can switch their UI from PC to tablet and vice-versa. VLC, Netflix, and Plex are few of these.

So, Now Let’s See How To Install Windows 10 On Your PC?

Method 1 >>  Microsoft offered the free upgrade to the Windows 10 for existing Windows 7, and 8 users for a whole year and now it can be purchased for $199 from their official site.

But there’s still a way that can get your hands on the free official update. If you use the assistive technologies, which includes tools like magnifier or narrator to help those with physical disabilities.

From your current Windows 7 or 8 devices go to the web page entitled “Windows 10 free upgrade for customers who use assistive technologies”.

Then by clicking on the upgrade now button, you will get an executable file which will further help you step-by-step to upgrade to the Windows 10 for absolutely free.

Not to mention, that at no point Microsoft will ask you to verify that you are using assistive technologies. So in a way, it’s still free for everyone.

Method 2 >> This method includes installing Windows using the old school method, with the help of an iso image.

Step 1. Download the iso image from Microsoft’s website or from any other source (you know, how to google and find it.) 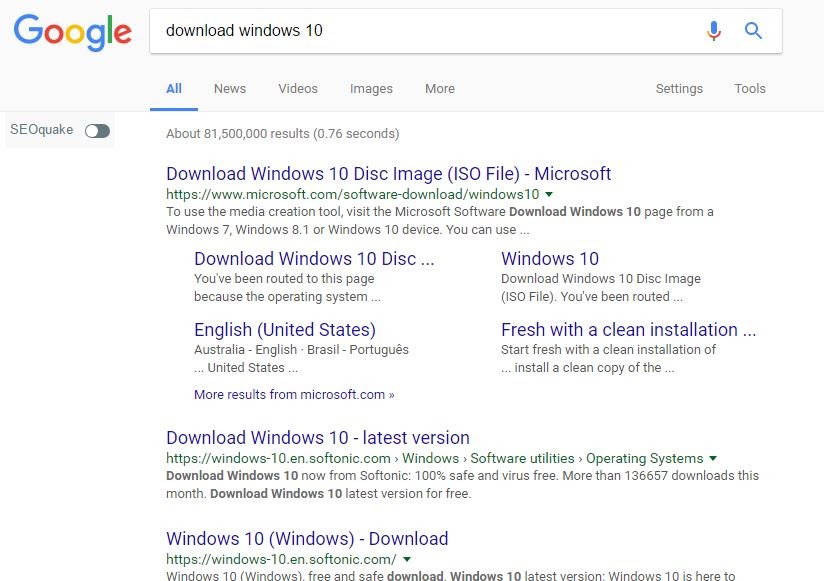 Step 2. Now you have to burn the iso image file to a CD/DVD. To do so, you just have to insert a blank writeable CD/DVD with at least 5GB of free space. And then, you’ll have to browse the iso image file using the windows explorer and burn it into the disk right away.

Link >>>  How To Make A Bootable USB Pen Drive?

Step 3. Connect the USB into your PC and restart it into the BIOS to set up the boot sequence. You can do so by pressing the DEL or maybe the F2 key for multiple times (Yeah, It does sound weird) to open it. Now, go to the ‘Advance BIOS setup’ and select the first boot device as Removal Drive/USB-HDD or CDROM (whichever you are using). 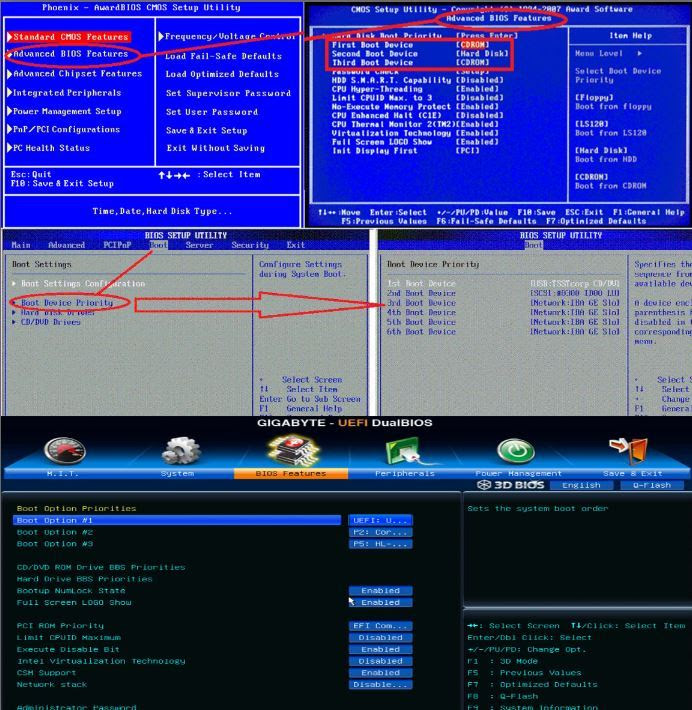 Step 4. Now, save the settings and restart your PC then it will ask you to press any key to boot from USB/CD. Press any key to start the installation process.

Step 5. After the process begins, you will see the option to choose language, time and currency format, and keyboard or input method. After selecting your language preference, click on the “Next” button appearing on the lower right corner of your display. 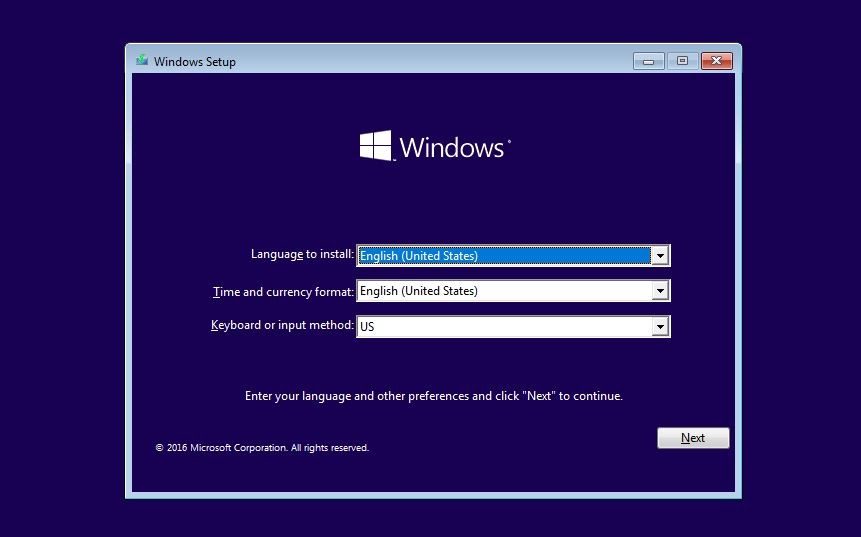 Step 6. Now you will see an ‘Install now’ button in the middle of your display, then the setup will start and you will be presented to accept the license terms and conditions.

Just accept it and click on the next button (coz nobody ever read all that LOL).

Step 7. In this step, you will be asked to choose the type of installation you want. Do you want to upgrade your existing Windows and keep all the settings and files? Or do you want to begin with a freshly new custom install?

I prefer you to go for the custom install. 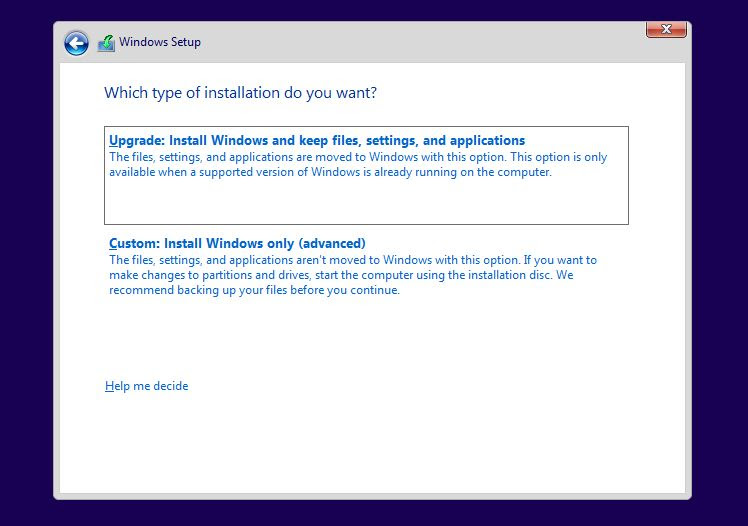 Step 8. Now, you will be asked to choose the partition in which you want to install the windows.

I prefer you choosing the partition where you have already installed your old windows (most probably it will be C Drive) and format it then select it and press the ‘Next’ button. 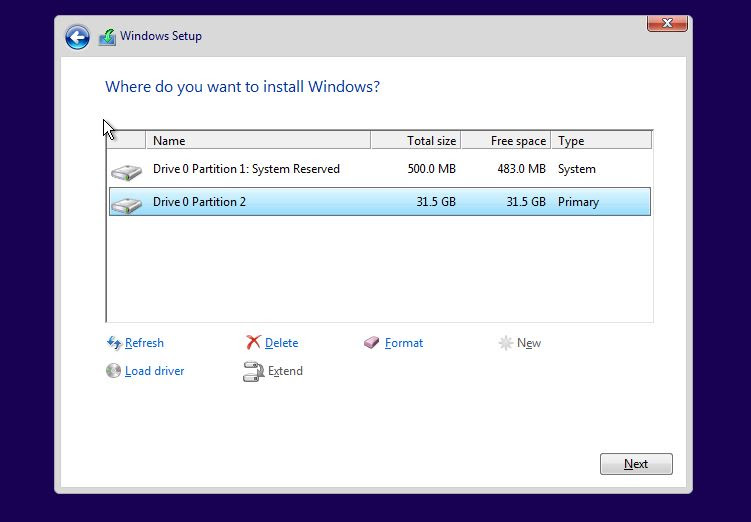 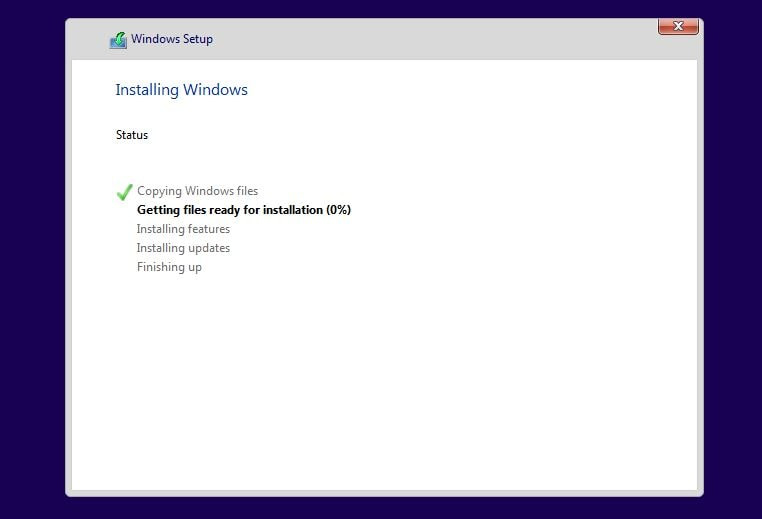 Step 10.  Now you will see your PC being restart one last time and then you will see a black screen with Windows logo and loading text saying ‘Getting Ready’ and after few minutes you will get Windows 10 on your PC successfully. 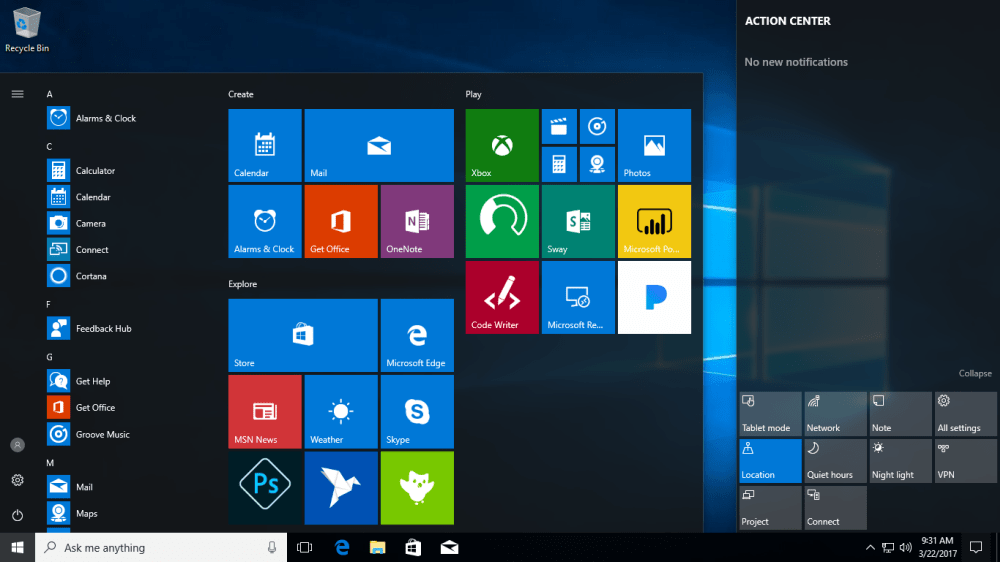 Congratulations! Now you have successfully installed Windows 10 on your computer.

How To Automatically Install And Update The Computer Drivers?