Using a Pendrive in a place of windows disc is a wonderful idea to choose and if you don’t have any USB Bootable Maker Software in your computer or maybe if you don’t want to use any of these software’s then there is an another great way to create a bootable Pendrive by just using your windows cmd comment prompt also with your windows setup files.


Creating a Pendrive bootable by cmd is a very easy and quickest task to do and by just typing some commands on it will make your drive bootable and after that, you can use it for every windows installation purpose.

This cmd boot conversion will only work on Windows Vista/7/8/8.1/10 Setups and if you want to create a bootable Pendrive for Windows XP then you’ll definitely need some software to make this bootable conversion possible for you. If you wanna to know more about bootable Pendrive or maybe some other bootable software’s then you can try out our another article linked below.

#How to Make a Bootable USB Pendrive ?

#So, Let’s Make A Bootable Pen-Drive By Cmd

Making USB bootable by cmd command prompt doesn’t require any software to use but you’ll defiantly need your windows setup files in order to make those files bootable into your Pendrive.

So, make sure your computer is working on windows operating system to use this cmd prompt for boot conversion and you’ll also have to make sure about you having all windows setup files in your computer for file transformation on Pendrive.


STEP 1 – Open your Windows Cmd Command Prompt and run it as administrator for typing commands on it. I only suggest you to open cmd as administrator because the current user command prompt version won’t work because of some administrator security reasons.

There are so many ways to open cmd on your screen and some commonly used ways are mention in given picture below.

STEP 2 – Just after when your windows cmd open up, then type a “diskpart” command on it and that will take you to the Disk Management Utility in the command prompt.

STEP 3 – Now, type “list disk” to show every connect disk in your computer and after that just type “select disk #” (# Is Your Disk Or I Say Your Pendrive Disk Number). We do this to find our Pendrive disk number in diskpart of cmd and tell our computer to make it as active to make some future bootable adjustment on it. 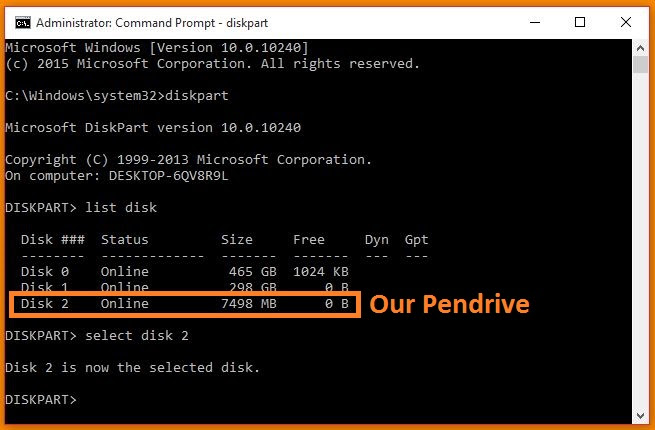 STEP 4 – Selecting your Pendrive in diskpart will make your Pendrive active from now on and after that, there are some of the commands you’ll have to type into your cmd for disk cleanup, partition creation and some other import process which is definitely needed for boot conversion.

So, there are some commands listed below which you’ll need to type into your command prompt.

Remaining Command for Type It –

After typing these command on your cmd you’ve gonna done with this cmd process and you’ll need to go to next step listed down in this tutorial.

You can see the full command typed in cmd example below – 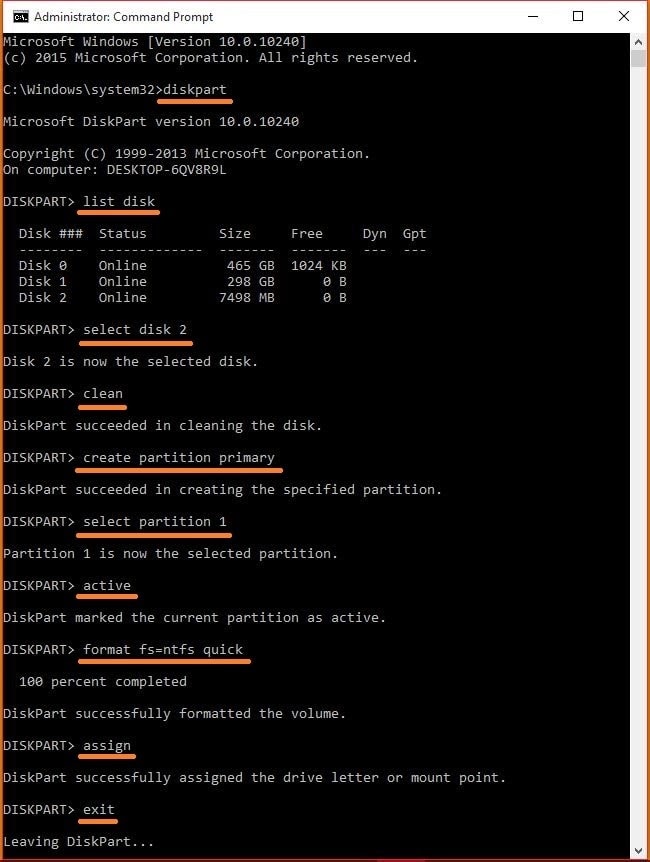 So, Now You Have 3 Options to Choose and Those Are –

You’ll have to make sure about that, you only need to transfer windows files, not a single setup folder.

If you just only copied setup folder in our Pendrive then your Pendrive won’t gonna boot when you wanted too. 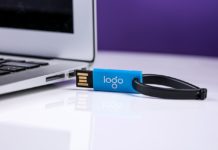